I have decided to post up a little liny bit of my story. Actually, it's something I just wrote and hasn't been edited, but I am making a prelude to the story because, well basically, I need it to be longer.

Anyway - I will probably go and chage this a lot, but so far - this is the NEW opening:


The warmth of the evening wind swept through the mall as people went about their evening shopping with the usual banal joys and frustrations of life. The gust brought with it dust of the construction that was a constant in the city and smells and sounds from the traffic that choked its streets.

A child cried for his mother momentarily before being swept up in the woman’s arms and carried off. A cyclist twisted around cars and pedestrians carrying ingredients for his meagre dinner in a plastic bag hung off the rusty handle of his bike. A young lady sat shaking her boot covered foot and looking at her watch with a nervous glint in her eyes and wayward teens looked trouble and cheep DVDs of foreign movies. Beyond the attention of these and the other hundred people who populated this strip of gaudy shops, two dark figures stood facing one another.

One stood on the far northern end, near a stone carving of five horses ever leaping from their stone cage but never moving, the other, on the southern end near an old beggar who tried in vain to hail the attention of passersby with less and less success as the years past. People passed between the two still figures, but they never lost sight of one another and, although they were more than one hundred and fifty metres from each other, they carried on a conversation no louder than a whisper.
at November 09, 2009 No comments: 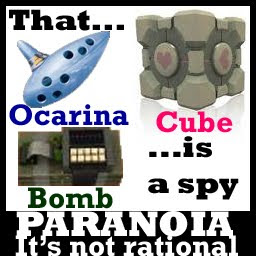